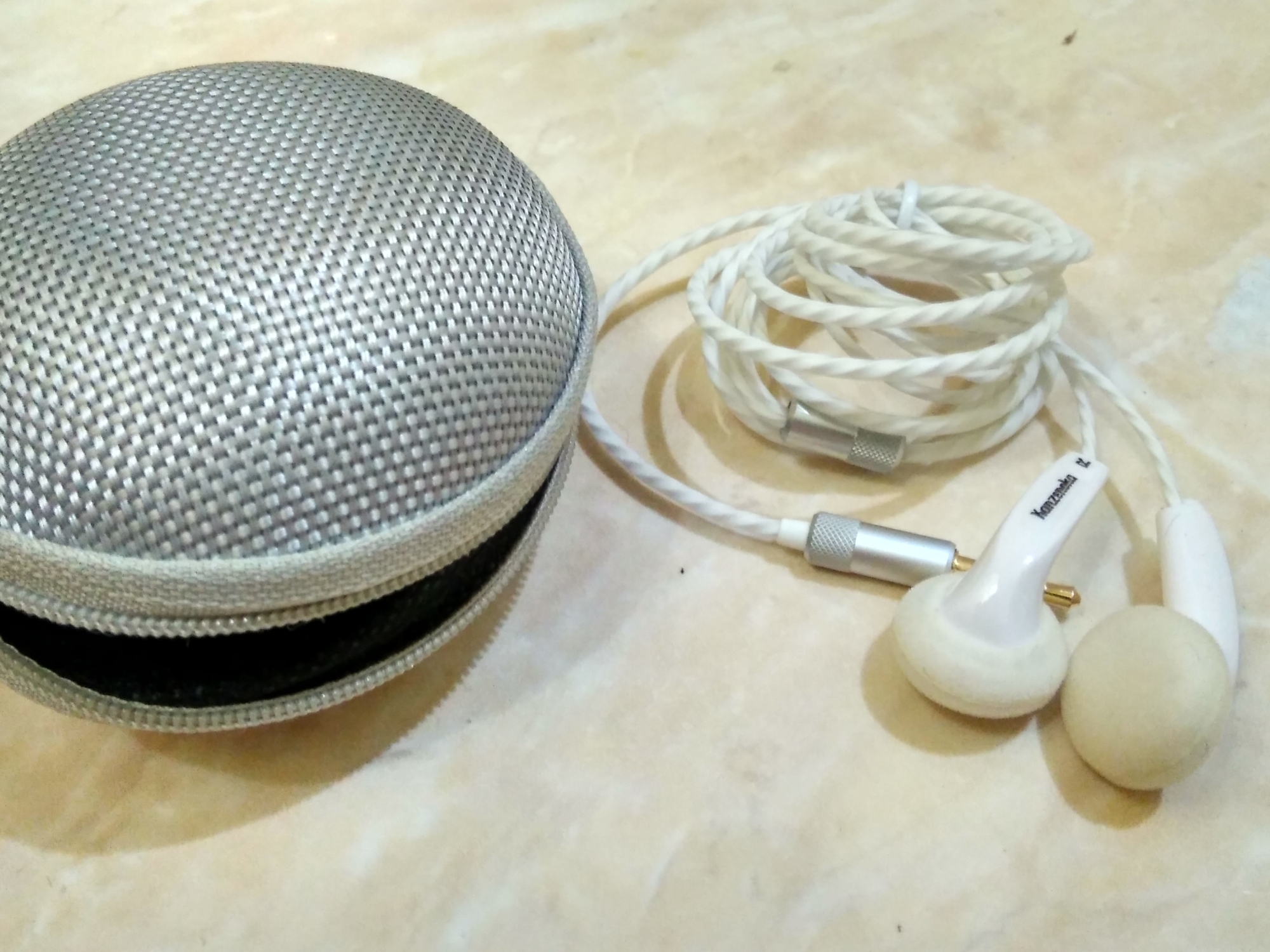 First of all, I’d like to thank my friend Haqi for lending me this earbud, a huge thanks for that bro!

Kanzenoka earbuds are made by Sugeng Kanzenoka, an Indonesian earbud maker, he’s one of the few that considered as the elders of earbud modders in Indonesia, he launched his own brand by the name of “Kanzenoka” and I happened to owned one of his creation “yin yang” that I still considered as one of the best earbud in it’s price (maybe I’ll review it too next time), but this time I’ll review his latest creation “Sawarna”. Just a little trivia here, as you know yin yang are always represented by black and white and that’s exactly what he made in “yin yang”, the left piece is black but the right piece is white, but now “Sawarna” means “same color” in Sundanese (a local language in Indonesia) and yeah.. this earbud is indeed monochromatic lol 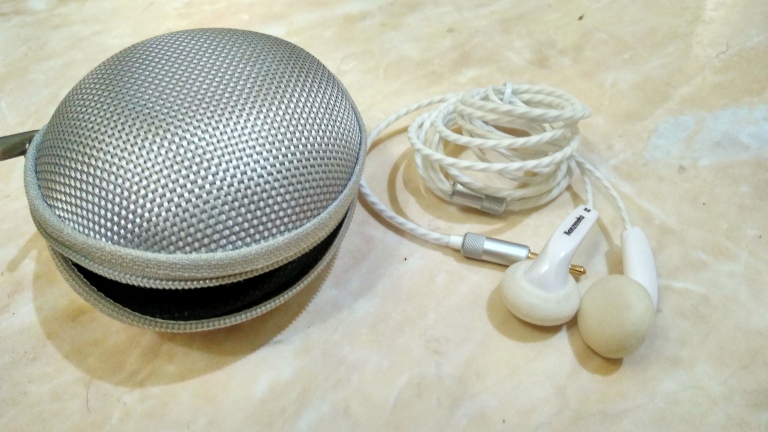 it’s using a universal sized housing, so I can’t imagine one having a hard time using these, the cable itself is quite thick and rubbery and quite hard to tangle so it’s a good thing.

I use my simple XDuuo X10 as my primary source and using wide genres of music, starting from k-pop like taeyeon to western pop such as owl city and even western rock like linkin park, some orchestra song like Hans Zimmer’s and acoustic like depapepe’s and vocal jazz like Diana Krall

Low : tight and fast bass though quite thin, I think some people would like this kind of bass, it’s not as thin like “etymotic thin” but more like “dynamic driver thin” you know? It has punch indeed but I find myself craving for some more mid bass and bass body

Mid  : clear and bright, it has a focus in the upper midrange which makes the vocal shines, especially female vocal. Diana krall’s – S’wonderful sounds so beautiful through this iem, clear and smooth, just a right amount of bass and vocal feels so intimate, but when I change to Taeyeon – Starlight, I can’t help think that it lacks a balance in the midrange, upper vocal peak can be annoying sometimes and doesn’t sound natural to my ears

High : for those who likes treble, you may try this one, it has a good timbre and speed, very natural for acoustic instruments, try depapepe’s album for example you can’t really complain with them, very natural, but I found rolloff in the upper treble area, just when I play celine roscheck’s pirates of carribean theme, the violin started to sound dull

If you’re searching for a great technicality, skip this one, playing two steps from hell – enchantress wasn’t a very good experience, as soon as the choirs end it feels like chaos, no layering can be found. But for soundstage, it is quite good, giving a lot sense of width and height, unfortunately the imaging itself is quite poor

Comparison :
VS willsound 32 ohm : willsound sounds more V shaped with brighter upper treble and more body in the bass, willsound is more focused in the imaging but lacks height dimension in soundstage, sawarna feels a bit inferior in the sound department even though it is more beautiful
VS paiaudio pr1 : two of them are n shaped, but pai pr 1 has more emphasize in the lower midrange area making it sounds much warmer and laidback, but more full bodied, on the other side sawarna is more energetic with tighter bass, more forward upper midrange and more treble presence