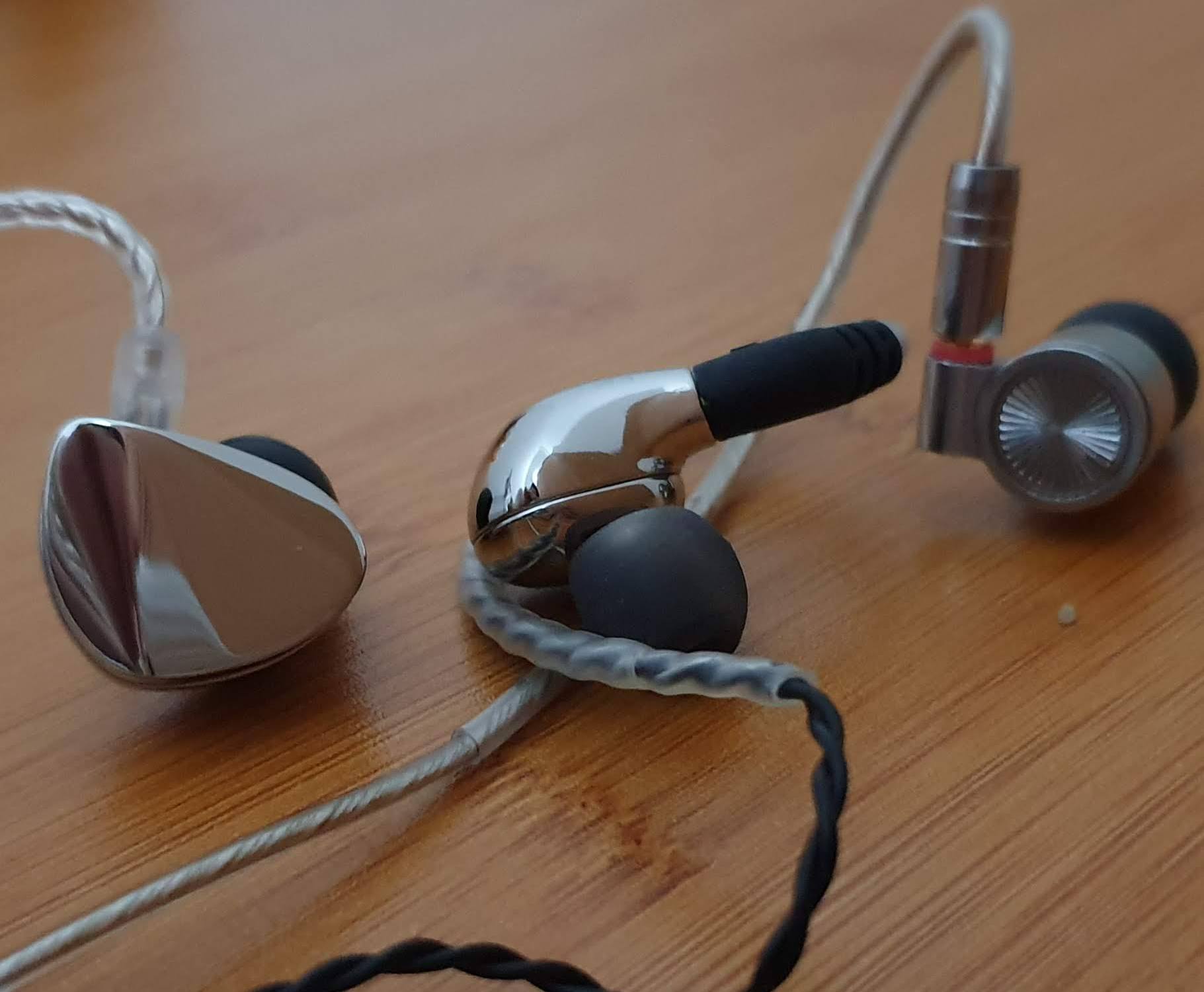 blon, T4, KXXS, all of them have this kind of smooth upper mid.. yet they have different approach on bass, low mid and treble..

does more expensive always means better??
in this test i will use my xdsd as prime source with different song from different genres… and i will decide which one is the best for the song…

even though i have my personal favorite eartips for them to sound the best for my ears.. to make things fair i will only use their stock eartips..

i will use my ifi xdsd as the main source

Little Mix – shout out to my Ex (pop)

blon : vocals sounds sweet and energetic accompanied with punchy bass… this is really enjoyable
Tin T4 : T4 sounds the clearest.. yet the most sterile sounding of the 3… tightest bass but not fun enough for this song.. vocal sounds really forward.. almost shouty even.. actually i have no problem with the vocal.. but i just crave for more bass qty for song as fun as this one
KXXS : take blon.. but give better emphasize on upper mid.. also make the bass tighter… for this song… really fun and clear…

blon bl03 : i cannot complain anything for this song.. blon sounds perfect.. everyone sounds as natural as i would like.. Avi’s deep authoritive bass sounds exactly i want them to, even Mitch’s sound sweet and a little bit “naughty”
KXXS : okaaayy tbh this is worse than i thought it would…especially scott’s voice sounds thinner than i’d like.. also avi’s bass not as authoritive as i’d like even though the punch is definitely there
T4 : once again.. clean and sterile.. for human voice.. it sounds like all the pentatonix member hasn’t been drinking for a day and have a mild sore throat.. they just sounds too dry for me

One Ok Rock – The Beginning (Rock)

Blon BL03 : sounds nice.. the bass is enough but vocal is kinda muted here.. too smooth .. upper mid rolloff too soon.. but not bad.. instrument especially drum sounds good and exciting enough
Tin T4 : vocal vocal vocal… that screamm… that shout.. so free.. just what i want… that fierce vocal… sing like there’s no limit… unfortunately i’m finding myself craving for more bass here..
KXXS : bass and vocals sounds great.. clear and powerful.. yet sometimes i’m craving for more treble.. it sounds a little congested up there… nevertheless still good…

winner : actually 3 of them are not really made for rock.. but in the end i prefer KXXS

Diana Krall : Fly Me to the Moon (live vers)
Blon BL03 : sounds great enough… no offensive peak and sounds fresh..
Tin T4 : i imagine this is how it feels to watch the concert in front row… the vocal and instruments sounds raw and upfront heck even the claps sounds realistic… every part of this music is a musical bliss…
KXXS : another musical bliss.. from T4 it sounds like i’m going back few rows.. the vocal still sounds clear yet not as upfront as T4 and the soundstage is noticeably larger

winner : i cannot really pick one.. between T4 or KXXS different sensation yet same euphoria

Two Steps from Hell – Enchantress (orchestra)
Blon BL03 : grandiose in soundstage and feels 3D but blurrs in imaging… this is a hard song… i admit.. not many gears could manage this complex song
Tin T4 : even T4 couldn’t really give justice to this song.. the soundstage feels 2 dimensional and lacks bass depth to make this song shines.. it only do justice on the violin and trumpet part
KXXS : just like in my previous review.. for me KXXS has an achilles heel in the treble… violin sounds strange.. but the other sounds fine.. so it’s a mixed feeling here. because kxxs has the best imaging but thanks to its muted upper treble it’s like orchestra under water…

winner : Blon Bl03.. strange i know… but Blon for me manage to give this movie feeling when hearing this song even it kinds of blur

Keala Settle – This is Me (Powerful Vocal)
Blon Bl03 : sounds good not great… keala’s sounds too smooth and not as powerful as it should..
Tin T4 : the vocal sounds powerful and free… but it lacks depth…
KXXS : vocals sounds powerful with good depth… just lacks air a bit… but the main purpose the vocal… KXXS manages to deliver it beautifully

conclusion :
Blon BL03 : the black horse of the pack… simply because it’s the cheapest.. but turns out it’s the most versatile… good bass, smooth mid, smooth treble, 3d soundstage… that’s suppose to be enough for almost all genre…

Tin T4 : the clearest of all.. after hearing song from BL04 or KXXS to T4 is like my eyes.. without and with glasses.. feels transparent and so clear no doubt T4 has the best separation… unfortunately the bass is not really deep and its the most 2 dimensional sounding compared to the others in terms of soundstage..

KXXS : better change the stock eartips to final e type eartips… it will give you much better male vocal… in that sense… it hass the best bass and vocal… but the worst treble… at first i thought blon has the most rolloff treble but no… KXXS has the weakest treble.. people may find it non offesinve and smooth treble but personally it definitely lacking air to make music more breathable..

so you see in this comparison.. price doesn’t really reflects anything when it comes to sound (the difference in price really shown in build quality though) … they’re totally different beast and i’m happy having those 3

is this price =/= sound quality happens in majority iem? not really, usually the ones with the higher price of course tend to give better sound quality.. but this experiment shows something…